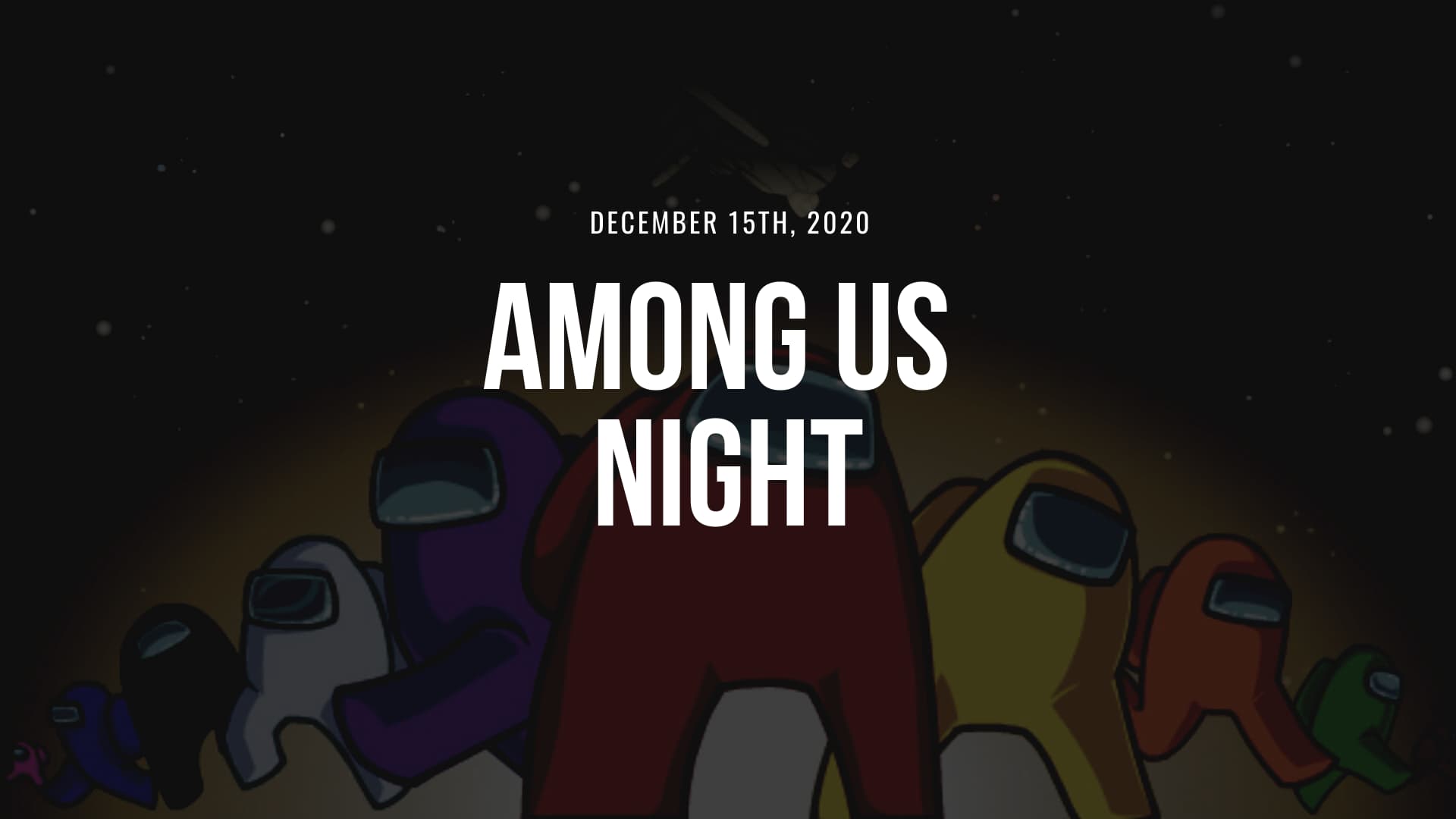 Join us for a virtual game night. We’ll be playing this fall’s biggest social game, ‘Among Us’ on Discord. First-time players welcome. Hosted by Aashish and Tony. You’ll probably need a phone and a computer to play. Sign up here.

Join your crewmates in a multiplayer game of teamwork and betrayal!

Play online as you attempt to hold your spaceship together and return back to civilization. But beware…as there may be an alien impostor aboard!

One crewmate has been replaced by a parasitic shapeshifter. Their goal is to eliminate the rest of the crew before the ship reaches home. The Impostor will sabotage the ship, sneak through vents, deceive, and frame others to remain anonymous and kill off the crew.