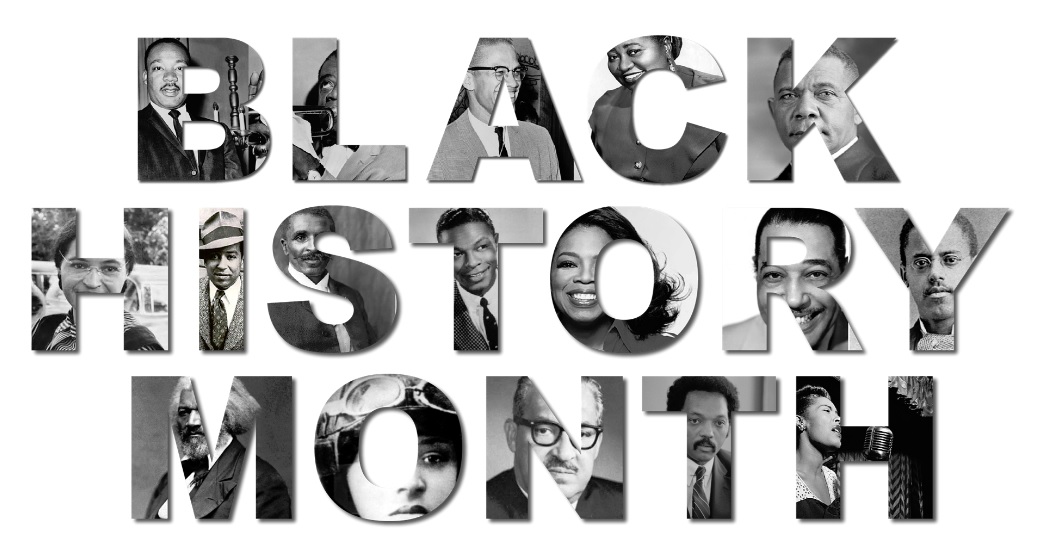 As you know, this month is Black History Month. Any month is a great month to celebrate the lives of our African American leaders and history makers but let’s not miss this intentional opportunity!

The Action & Awareness Missional Community here at Mill City has a focus to: join God in racial and economic justice in our city.

They have offered an awesome list of ways they would encourage you to consider celebrating and engaging in black history month!

A full-length drama by Ed Shockley, adapted from the novel by Mildred D. Taylor. Ten year old Cassie Logan knows a few things about life. She knows that her family is filled with love and strength and that the land they own will help them stand tall. Based on the Newberry-Award winning novel by Mildred D. Taylor, Roll of Thunder, Hear my Cry tells the story of a young girl growing up in 1933 Mississippi, and discovering that the world was not what she expected.

The Macalester African Music Ensemble, founded in 1987 and directed by Sowah Mensah, performs traditional African music primarily from Ghana, but also from Nigeria, Zimbabwe, Guinea, The Gambia, Kenya, and Tanzania. In addition to singing, the Ensemble performs with a variety of African instruments including xylophones, marimbas, flutes, horns, an assortment of drums and gourds.

The Black Student Union invites you to “RISE UP- a story about black resistance and strength” On February 11th at 5:30pm. Come celebrate the richness and diversity of black culture and history through various creative performances. The purpose of this event is to showcase and reflect on the experiences and history of black people all around the world.

Nearly three decades before Harriet Tubman was even born, there was an escape story about another heroine, Ona Judge. At age 22, Judge fled and left everything she knew to pursue a lifetime of freedom. As the property of President George Washington and his wife, Martha, Judge was the preferred house slave. The attempt to recapture Judge went on for years, even long after Washington’s presidency. Come hear the only detailed account of Ona Judge, an 18th century fugitive, as author, Erica Armstrong Dunbar tells it in her book.

Explore race relations in the Twin Cities today with three of the contributors to the MNHS Press book, A Good Time for the Truth. David Lawrence Grant, Shannon Gibney, and Taiyon Coleman will talk about their experiences in a panel presentation followed by a discussion about everyday activism and what Minnesotans can do to address it in their lives and communities. Before the panel discussion, guests can meet with community organizations who address issues of race in the Twin Cities. This program is appropriate for middle school students and up.

We are recognizing black history month and Valentine’s Day with “Black Love”. Our way of recognizing these two things is with Food, Fashion, and fun!

Evening of the Arts Soiree

Enjoy the elegant décor of the Reception Hall at the Minneapolis Institute of Art as you mingle with 250+ professionals from across Minneapolis and St. Paul. The evening will feature a keynote talk from the nationally acclaimed actor, T Mychael Rambo, as well as free tours of the museum’s Black art collections, and much more.

I think the questions that I’m trying to ask and answer in Black Panther is, “What does it truly mean to be African? What does is mean for T’Challa to move around as this black man in a movie that tries to be real world? “  All of which means that, after decades of trying to nail the modern black superhero, we may finally be get what we’ve asked for – and getting it right.  –Rolling Stone Magazine

Planting People, Growing Justice will be hosting a book fair that will celebrate Black authors and their work! We will also be doing a special reading of our upcoming book, “Making a difference: the story of Miss Freedom Fighter Esquire.”

In the 1950s, 1960s, and 1970s, Minneapolis resident Walter R. Scott produced a series of books about African American life in the Twin Cities. The people and stories presented in the three original volumes reflect a vibrant community of businesspeople, artists, educators, athletes, and other public figures while providing an intimate look at everyday life in black homes, schools, neighborhoods, and businesses. Join Scott’s children, Walter R. Scott Jr., Dr. Chaunda Scott, Anthony R. Scott, George Scott, and his widow, Mary McCormack-Scott, as they discuss the impact and legacy of this “pictorial resume of the black community, its achievements, and its goals.

The Father Daughter Dance is a community-sponsored, formal, elegant and fun-filled evening for girls ages 5 years and over, and the special men in their lives. The Father Daughter Dance focuses on the importance of fathers and their daughters having strong, healthy relationships. The first strong male bond girls have is with their father and this event teaches young girls what it means to be treated with love and respect.

A Raisin in the Sun – Park Square Theater

The proud but poor Younger family captivates audiences with their passion, hope and zest for living in the face of adversity.  A life insurance legacy ignites dreams for a home, education and ultimately a destiny they can call their own in the first Broadway play by an African-American women.

This project stemmed from the realization that communities throughout our country are looking for ways to achieve harmony — to build compassionate and respectful connections among diverse neighbors.

Using excerpts from movies, short videos, and documentaries to spur dialogue, the series will retrace relevant aspects of our nation’s history and look at how they impact our present-day relationships within and between diverse groups of people.

We believe that the ability to dialogue with others in a respectful, compassionate forum is a critical component to achieving such harmony and community cohesiveness. We believe that people need opportunities to tell their personal stories, to freely ask questions of others both like and unlike themselves, and to learn about each others’ experiences, in order to achieve the understanding and reconcilitation that so many of us desire.

Many people know of Langston Hughes’ poetry and short stories, but the celebrated writer composed stories for children too. Hughes wrote about brave African American explorers, saints, musicians, freedom fighters, athletes and even imaginary legends. Join us for a communal meal and animated readings of classic black plays and stories performed by Penumbra Company members. A great way for the whole family to celebrate the creativity, tenacity, and sustenance of African American culture. Ages 5 and up.

Watch the film, and also celebrate the moments, memories and people in Black history that inspire you.

Join us for a six-part Black History Month film series featuring a few of the most riveting figures and times of the 20th century, from the desegregation of major league baseball to the women who helped put America on the moon, from Ray Charles to Malcolm X and Martin Luther King, Jr. Showing on Saturday and Sunday afternoons; come for one or all six films.